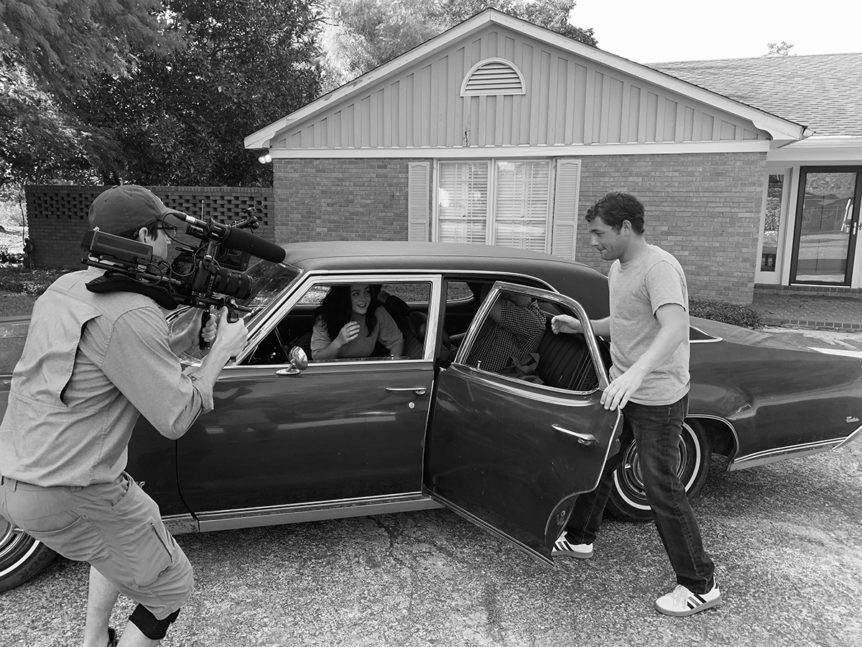 Special Clarksdale preview of an amazing documentary in the making! In the spring of 1970, 20-year-old Museum of Fine Arts film students Ted Reed and his friend Tim Treadway drove through the south to find and record some of the last living blues legends. Their goal was to discover the very roots of American popular music, and the sources of the rock music they had grown up with—music that had made the trip from the US to England in the 1950s and then back to the US in the 1960s through groups like the Rolling Stones, Led Zepplin, and Cream. 50 years later, Reed, by now a multiple award winning documentary filmmaker, discovered his old film while in the process of moving his office.

He realized he was sitting on a treasure trove; archival footage of a bygone time that no one else had ever used. His curiosity moved him to drive the identical route he had taken years before and see firsthand what had changed in the birthplace of the blues. Today, tourism is second only to agriculture in annual revenue in Tennessee and Mississippi. Who was behind the revival of the study of blues history? How did this newfound embrace by regional and state government administrations come about?

Who were the tourists flooding—and in some cases resettling in—the birthplace of the blues? And who were the new musicians rapidly finding a fan base in the pilgrims coming to hear and discover this quintiscentially American music? These are the questions Ted returned to Tennessee, Mississippi and Louisiana with in 2018 and 2019. He talked with authors Peter Guralnick, Roger Stolle and Dick Waterman, historians and hospitality entrepreneurs, musicians and art dealers, state officials, museum managers, and travelers from Arkansas to Australia. Also on this return trip, Ted reconnected with Tim for the first time in all those years and together reflected on all that had passed in nearly a half-century. The resulting film is a personal memoir that encompasses the evolution of American music, the upheavals of the civil rights movement, the power of memory, and a reflection on the treasures of personal experience, both lost and found. Intro/Q&A with Ted Reed.